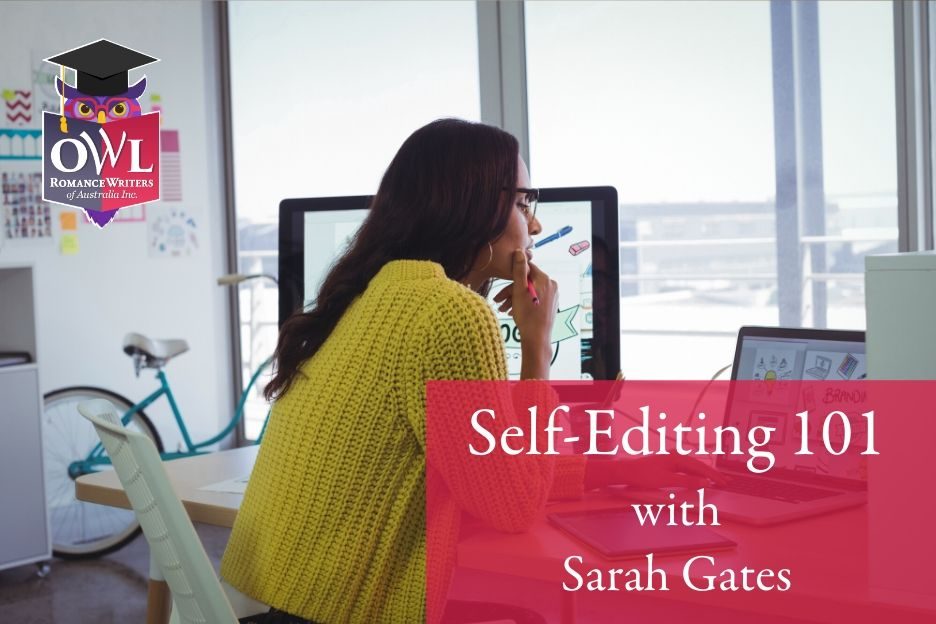 I wrote my first novel when I was sixteen—and I didn’t know you needed to edit. Proof reading, sure. I’d checked assignments for typos. But line editing? No. Structural editing? Also no.

To make it worse, I was publishing it chapter-by-chapter on a site called Wattpad. Serialised fiction was how teenage me learned to finish a book. I built a following for my novel by promising a chapter every week and delivering. There was no ‘here’s one I prepared earlier’ type situation going on. No. I woke up and pulled my laptop into bed with me every Sunday morning and wouldn’t let myself go to the bathroom or eat until I’d pumped out a chapter (which, honestly, was sometimes just 1,000 words of filler where nothing really happened).

My novel was doing really well. But all those comments, likes and follows would disappear pretty quick if I stopped posting. So there wasn’t really time for editing, at least structural editing, anyway.

That’s how I ended up in some awkward situations. These were the two worst ones:

It turns out, my preferences for character names are quite limited. It happened in my next novel, Love Elimination, too. My editor at Harlequin Australia kindly let me know that 13 of the 15 cast members on my fictional reality TV dating show had names starting in ‘A’.

But my first novel had a similarly issue. The heroine’s best friend was named ‘Hayden’ and her love interest was ‘Jayden.’ I was so caught up in the story, I hadn’t realised how similar they were. More than one reader commented to say how confusing it was. Which led me to quickly rush through the novel and change it, republishing chapters as I went. It was baffling for the people reading it at the time. And to make it worse, I missed a few. So there were also comments of ‘You randomly switched names for a sentence here, but I think you mean “Hailey”?’ a week after the change.

This is the worst editing mistake I’ve ever made—and the funniest. My first novel was an angsty teen-girl-dying-of-cancer story, complete with a love triangle and a bucket list. Every cliché known to readers littered its pages and I loved it. And still do. But there was one thing I wasn’t sure I wanted to include, and that was a sex scene.

Once I finished writing (and posting) and had racked up about 6 million views on Wattpad, I finally worked up the courage to show my best friend. She read it and the first thing she said was, ‘I think they should have sex. Every 16-year-old would want to have sex before they die, right? That would have to be on her bucket list.’

Now, I was a bit of a prude. But I saw reason. It really didn’t make sense that they wouldn’t take that step. And I could keep the door firmly shut—send them into the room, strongly imply, and then swiftly end scene, onto the next.

So that’s exactly what I did. I wrote a sex scene and looked for the best place to slide it in (pun intended). It had to be towards the end of the story when they’d overcome the love triangle phase, emotions were high, they’d professed their love.

I found a spot where they were together and alone in the story. And I added the sex scene.

I can’t remember how long it was up before I got a few comments from readers.

‘OMG, did her parents find them both naked when she died??’

See… I’d added the scene when my heroine and hero were together. In the next scene, she’s dead. She’d died overnight. Now, right after the sex scene.

Another quick change and republish and the sex scene was moved forwards in the story AWAY from the death scene. And this time, I read the scenes on either side before clicking publish.

Even if you HATE editing, I hope these anecdotes have scared you into realising you need it too. Honestly, it doesn’t matter how good you are. Every writer needs to edit. Even if you didn’t make any enormous (or small) mistakes, like I did, you can always find ways to make it better.

Since my teen years, I’ve learned how editing can be methodical, logical and
reassuring. It’s where you take everything you know about novel writing and make sure it’s packed into your story, and your style. In ‘Self Editing 101’, I’ll go through checklists, tips and techniques you can use to tackle your manuscript—whether it’s your first or thirty-first.

Let’s make your novel the best it can be, yeah?

Sarah Gates is a South Australian writer and digital marketer. She is the author of Love Elimination (Harlequin Australia) and a freelance writer for Junkee, Voiceworks and InDaily. Sarah teaches writing workshops at high schools, libraries and state writers centres, and has appeared on panels at National Young Writers Festival and Sydney Writers Festival.