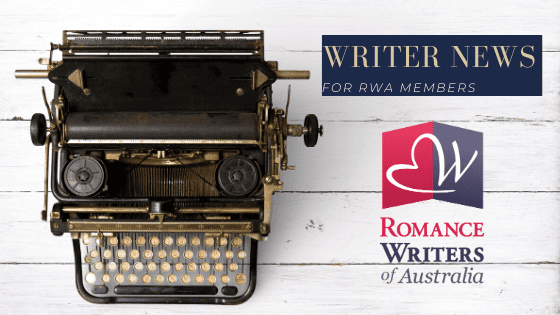 Australia’s leading infrastructure and facilities service provider ARA Group has partnered with The Historical Novel Society Australasia (HNSA) to announce a new major literary prize, set to award $30,000 to an outstanding historical novelist. The new ARA Historical Novel Prize gives Australian and New Zealand historical novelists the chance to be recognised in a class of their own, with the most significant prize money for any genre-based prize in Australasia. Entries will be judged on excellence in
writing, depth of research, and reader appeal.

ARA Group Founder, Executive Chair and Managing Director Ed Federman said as a patron of historical literature, he was honoured to partner with HNSA to launch ARA Group’s first-of-its-kind major literary prize. “ARA Group has been involved in advocating for and celebrating the arts for many years through our Principal Partnership of the Sydney Writers’ Festival, Monkey Baa Theatre, the National Institute of Dramatic Art, and our workplace giving program, the ARA Endowment Fund. We are hopeful this prize will have a profound impact on the life of the winning author in this increasingly popular genre, and create a lasting legacy. It’s important we help foster the arts in Australasia not only to enrich people’s lives, creating a culture of reading and writing, but also to ensure our stories and history live on.” he said.

Applications are open to all authors — whether traditionally or self-published — who are residents or citizens of Australia or New Zealand, with books published between 1 January 2019 and 30 June 2020. Entries may be submitted by authors, publishers and agents.

HNSA Chair and Author Elisabeth Storrs said the award recognises and rewards authors with both literary acclaim and a tangible benefit. “After building a community of writers, readers and publishing professionals over our past three biennial conferences, the HNSA is delighted to be given the chance to raise the profile of a genre that values creativity, authenticity and discovery,” she said. “We are grateful to the ARA Group for its financial support, which will make a substantial contribution to the
winner’s work.”

ARA Group and HNSA are also pleased to gain the assistance of the New England Writers’ Centre (NEWC), based in Armidale NSW, which will administer the submission process. Author and Chair of NEWC, Sophie Masson, said: “As a dynamic regional arts organisation in an area rich in literary history, the New England Writers’ Centre has always supported great writing and opportunities for writers. We are absolutely delighted to be involved in the inauguration of such a major new fiction prize, which will highlight the strength of a most exciting and diverse genre.”

The definition of the genre set for the prize will ensure a breadth of talented writers is eligible to enter. Historical fiction will be defined as a novel written at least 50 years after the events described, or by an author not alive at the time of the events described, who therefore must approach those events only through research. Various historical subgenres, including Children and Young Adult, are also eligible.

Submissions open on 1 May and close on 30 June 2020. The longlist will be released in mid-September with the shortlist announced mid-October. The prize winner will be announced on 18 November 2020.

More information about the prize can be found at www.hnsa.org.au/ara-historical-novel-prize