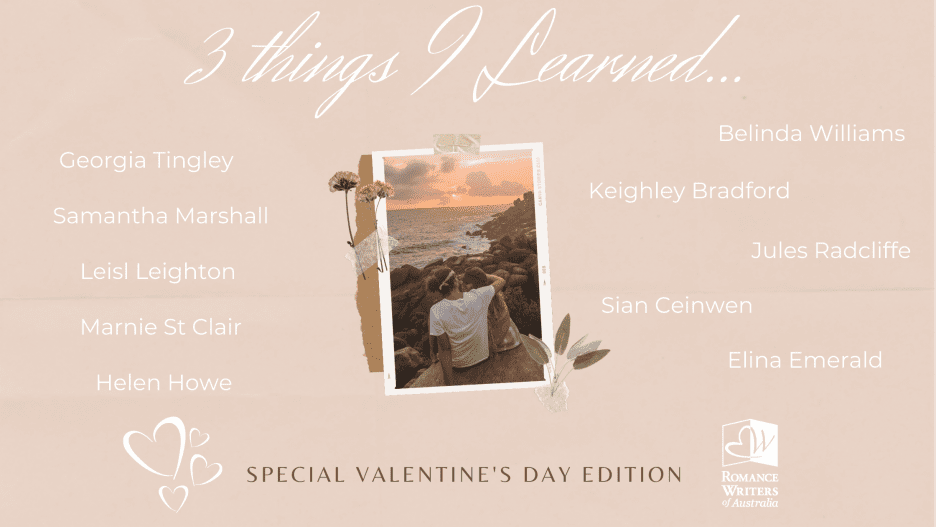 THREE THINGS I LEARNED WHILE WRITING – THE BABY with Sian Ceiwen

The Baby took me thirteen weeks to the day to finish and it ended at 164k words. I wrote around 100k of those words in five weeks, but then I floundered for eight weeks to reach the end. I felt as though the book was simply meandering its way to a conclusion. There was some drama, and it was very enjoyable to read, but it wasn’t gripping.

You can’t edit a blank page, though. One of my readers who works in publishing told me to “write the story that you want to write, and then decide what to do with it.”

So, I did. I finished writing it, and I sent it to five very trusted alpha readers. By the time the third person (who is not a traditional romance reader) told me that they just kept waiting for something to happen, I knew it wasn’t just a case of romance readers being drama llamas.

Which leads me to number two…

2. Be open to receiving feedback and making changes based on that feedback

In this case, it was a bit easier because I knew when writing it that my book wasn’t right. When I got that feedback from the alpha readers, I sulked for a week…and then I “broke” my book.

There was a clear point in the book where it could’ve gone one of two ways. I chose the route where the couple were happy and in love for the rest of the book (errrm, not a good thing in romance, really). The other way meant they didn’t get together until much nearer the end of the book.

Even though I was sulky about changing it, I knew as I was rewriting it that the book was going to be so much better because of it. It made for a much more nuanced and heartbreaking book to read. Instead of meandering along, the book now had you wanting to turn pages to find out what would happen with the characters…and, yeah, you needed more tissues. 😉

3. Don’t focus on what you “should” be doing with your writing

The final thing I learned is to focus less on the “rules” of writing. For me, the big thing is word counts. Somewhere around that 100k mark, I knew that this book was going to be long, and it took me a while to come to terms with that. There were certain plot points that I needed to hit, and it was going to take time to do it.

My first book in the series was 105k words, my second book was 124k words, so I was warned very heavily against writing such a long book. “Romance books must be less than 100k words,” I was warned. “It’s what the genre expects.”

I got very in my head about the fact my book would be so long, but The Baby was my best release yet. Many of my readers have told me that it’s their favourite book in the series. One person even said it was in their top ten favourite books of all time which, you know, made me cry. 😉

So, if you have a story that you want to tell, then tell that story in as many words as it needs. The Baby is my longest book so far at 174k words. My shortest book is 66k words, because that story just didn’t need as many.

At the end of the day, if you write from the heart, it will show in your work.

Lita Ciccone just wanted to meet her favorite band. She had no interest in tangling with sexy guitarist, Sebastian Fox, whose favorite past time is groupies.

Then she meets him. He’s smart, he’s funny, and he calls her princess. Suddenly, she understands why so many women fall at his feet, because that’s exactly what she wants to do.

They spend one amazing night together, and their contraception fails. Now, Lita is facing a life tied to the world’s biggest player.

Sebastian is sexy as sin, but can she really raise a baby with him?

The Baby takes you back into the Cruise Control world as Sebastian discovers the price of having a reputation that precedes him.

Sian grew up in the Hills of Perth, and her passion for storytelling began at a young age. She now lives by the scenic coast of Western Australia with her husband and two sons, where she is currently writing the Cruise Control novels, a rock band romance series inspired by her love for music-makers and their lives behind the fame.

The Cruise Control novels started when she did NaNoWriMo (National Novel Writing Month). The first book in the series sat at a word count of 50,950 for 7 years. In 2018 she began writing again after a close friend begged her to finish it so she could find out how it ended.

From there, she went on to write the sequel, The Wedding and then, The Baby. She is also writing four companion hero novels, as well as a Young Adult series about the band when they first met.

You can find Sian at: