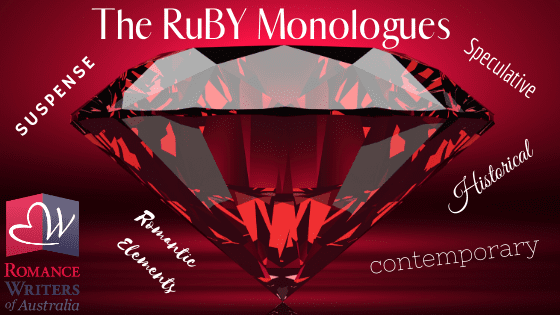 Welcome to our 2019 RuBY winners spotlight – this month I’m pleased to introduce – Maddison Michaels! Maddison won the RuBy in the historical category. The story follows Devlin Markham, the notorious ‘Devil Duke’ of Hungtington, who who’s looking to secure his fortune with a marriage to Lady Sophie Wolcott. However, Sophie is a blue stocking heroine unimpressed with the Duke’s rakish and rougish ways. When Devlin’s dark past threatens to place not only him, but Sophie in danger too, they’ll find that not just their lives are in jeopardy, but their hearts too.

Winning the historical RUBY was an absolute dream come true! It truly was unexpected and even when I received the wonderful news that I was a finalist, I still thought there was no chance I’d win it – I mean realistically, it was my debut novel and I was up against some extremely stiff competition!

I debated for a while about whether or not to go to Melbourne for the awards dinner, and eventually I did decide to go, because hey, being a finalist was pretty darn awesome and I might as well enjoy it while I could, lol! So off I trotted to Melbourne for the conference and awards night. I had so much fun seeing old writing pals and meeting new ones, and everyone was so lovely congratulating me on being a finalist in the RUBY. The RWA conferences always have such positive vibes about them that I was really happy that I had made the effort to attend, regardless of the outcome of the awards dinner.

When Saturday night rolled around, I got my dress on and headed out the door of my hotel room, for what was sure to be a fun night. While I was waiting for the lifts to arrive, some other ladies and I started chatting, and it came up that I was up for the historical RUBY award for my book The Devilish Duke. I nearly fell over in delight when one of the women started jumping up and down, so excited to meet me as she’d read my book and had loved it!! That was such a highlight (first time I’ve been fan girled over as a novelist) and I thought nothing could top that.

Well, a few hours later when my name was called as the winner in the historical romance category for the RUBY you could have bowled me over in surprise! I was flabbergasted (I still kind of am, tbh – and I definitely provided the ladies on my table with some laughs when they saw my reaction of complete and utter shock)!

What an amazing night that was. It felt really surreal walking up onto the stage and accepting my award. I still can’t remember what I blubbered on about, lol, just that it was something!

But what a wild ride I’ve had over the last few years – and a huge part of that is thanks to RWA! The Devilish Duke actually got it’s start because of a writing retreat that RWA was hosting back in 2010 – that I got accepted to be a part of. BUT you had to have a completed manuscript to do the five day intensive, so it gave me the motivation to actually finish the book! I was mentored by the lovely Sophia James on the 5DI and I knew the bones of the book were solid, but that I had a lot of editing to do before it was ready to start submitting.

But then life happened (you all know the story – as I’m sure you’ve all had life interrupt your writing dreams too) and I kind of put writing to the side for years. It wasn’t until around end of 2015 that the niggle in the back of my head telling me I should be writing if I want to be a writer, turned into a LOUD SCREAM!!

So, I got my butt in gear and decided this is it, if I’m going to be a writer, I need to edit The Devilish Duke and start pitching it! Which I did at the conference in 2016 and I got three out of three requests, though ultimately no takers (although it did get to the acquisitions meeting for one of the publishers). While all this was going on, I was submitting TDD to agents in the US, and I was super lucky to get four offers of representation, and then Entangled Publishing wanted to publish it! The rest as they say is history!!

So, although TDD was my debut, it was a lot of years in the making! I’ve since published two other novels and a novella, and I’m also under contract for another three novels with Entangled to be published later this year and into 2021.

RWA has been an integral part of my journey and boy am I so grateful for everything I’ve learnt through the organisation. Winning the RUBY for TDD has been such a fabulous ending to what I began all those years ago when I embarked on the RWA 5 Day Intensive. Not to mention it’s a bucket list goal I’ve achieved too!

So, a huge thank you to the RWA and all of the amazing volunteers who have so generously given their time over the years and put in such hard work behind the scenes to make RWA what it is and give writers such wonderful opportunities to make their dreams come true!

About The Devilish Duke

Devlin Markham, the notorious “Devil Duke” of Huntington, needs a woman. And not just any woman. If he can’t woo one of the most eccentric bluestockings of the Ton within the month, he can kiss his hard-earned fortune goodbye. But he’s always thought love a wasted emotion and marriage an inconvenience at best. And oddly enough, Lady Sophie Wolcott seems unmoved by his charm…

When Sophie learns her beloved orphanage is in imminent danger, she will do anything to save it. Even marry a ruthless rake who takes what he wants in business and pleasure. A man who’s everything she’s always feared most—but whom she reluctantly begins yearning for.

Then Sophie becomes the target of a killer lurking from the dark shadows of Devlin’s past. And they find not only their lives in jeopardy but their very hearts.

You can find The Devilish Duke on Amazon and also available from Audible.

Indoctrinated into a world of dashing rogues and feisty heroines when she was only 14 years old and picked up her first ever Amanda Quick novel, Maddison Michaels has been a prolific reader and writer of historical romance ever since. She is the bestselling author of THE DEVILISH DUKE and THE ELUSIVE EARL, both published with Entangled Publishing.

A member of the RWA and RWA Australia, Maddison is as passionate about her writing as she is about her other two loves; her family and her cups of tea. Luckily she gets a healthy dash of romance married to her wonderful husband and her exercise regime is kept on track by her six-year-old daughter, who ensures Maddison is kept very busy chasing her around.

Maddison’s historical novels are her way of time traveling back to Victorian London to experience a cornucopia of intrigue, romance and debauchery all from the comfort of her living room!

Maddison’s latest book is ‘The Sinful Scot’ – book 3 of the Saints & Scoundrels Series.

Where you can find Maddison

Maddison absolutely loves to hear from her readers and you can find her at: